Skip to content
Menu
HomeArt ChallengesMARCH OF ROBOTS – design your own robot!

Do you like robots? If yes, I may have just the right art challenge for you – MARCH OF ROBOTS!

That’s an art challenge that’s not only for artists who like to draw and paint – it’s actually quite popular among 3d artists. I’ve seen collaborations between them resulting in amazing artworks and animations.

Regardless of whether you like robots or not, it’s also a great opportunity for practice. Drawing mechanical parts isn’t always easy, but what “challenge” would that be if we could draw everything effortlessly?

Join the challenge try your hand at designing robots! 🙂

What is March of Robots?

March of Robots is an art challenge dedicated to drawing robots and mechanical things. The challenge takes place every year in March and comes with a prompt list providing a theme for each day of this month.

– The goal is to create a drawing every day of March, inspired by the prompt list. *The prompt list is not mandatory; if you have your own ideas for a drawing please feel free to use it. The drawing must be drawn by you and depict a scene featuring a robot in some way.

You can use both – digital and traditional media.

The prompt list is for inspiration; if you have your own ideas, please feel free to use them or choose prompts in any order you like.

You can use “modifiers” to help tell a story. If you use a prompt list, include in hashtags a word that inspired your drawing. 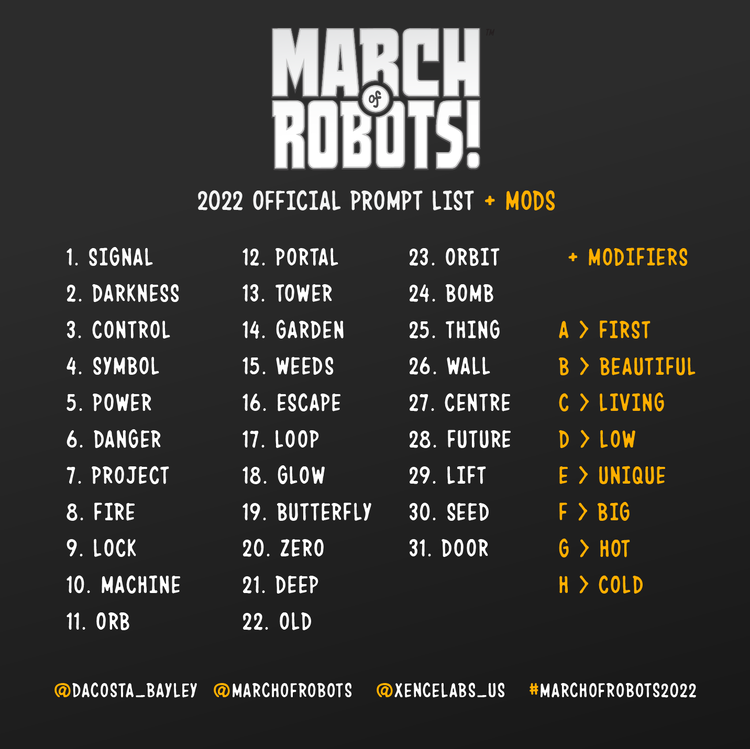 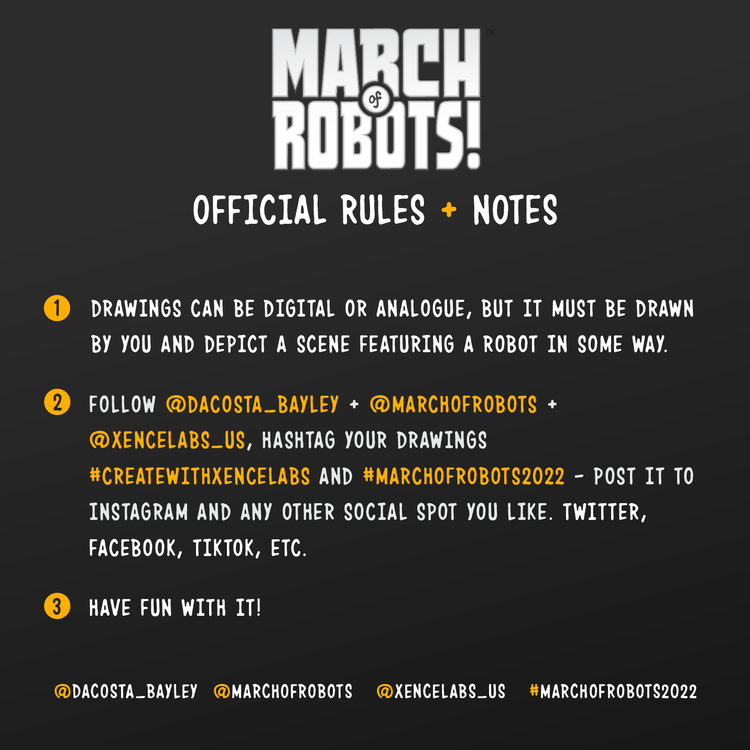 Who created March of Robots?

March of Robots was created by DaCosta Bayley of Chocolate Soop studio in Vancouver, Canada, in 2014.

However, the first mention of this challenge is from 2012, and it was known under the name “#Botober.” 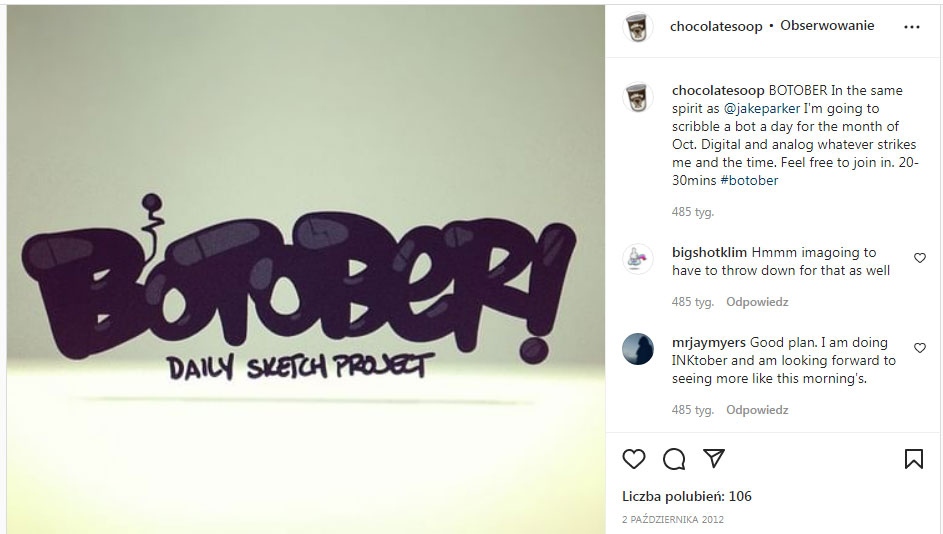 Its goal was the same as #MARCHOFROBOTS, but the main difference was that Botober took place in October. There was already Inktober (created in 2009), and later many Inktober alternatives popped up (see: Art Challenges for October). As a result, there’s an incredible number of art challenges taking place in October.

Therefore, DaCosta Bayley decided to rename the challenge and change the time in which it takes place – from October to March. 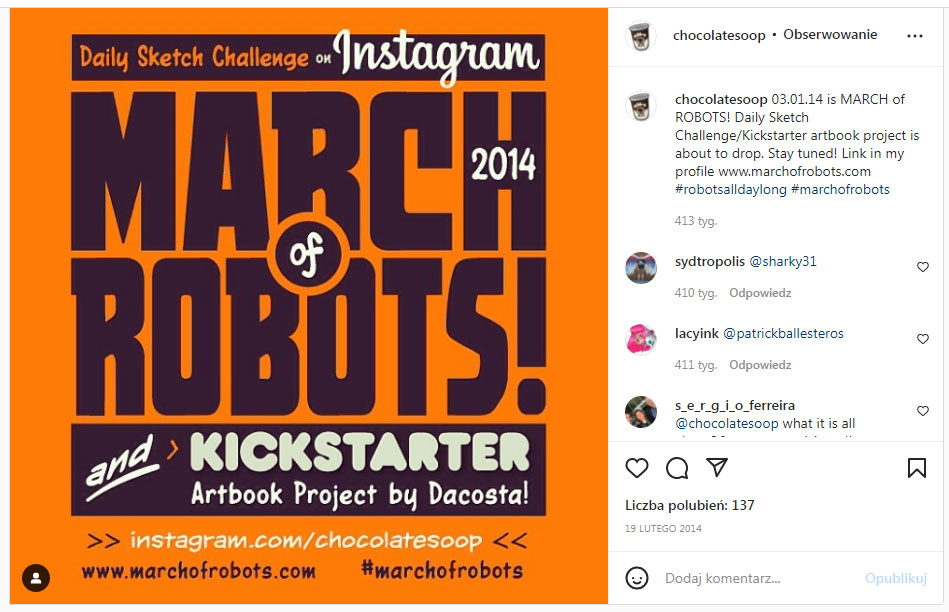 As mentioned previously, the purpose of this art challenge remains the same – and it is to popularize, celebrate the passion for robots and explore a future world where robots are part of everyday life.

Here are MARCH OF ROBOTS prompt lists from the previous years. 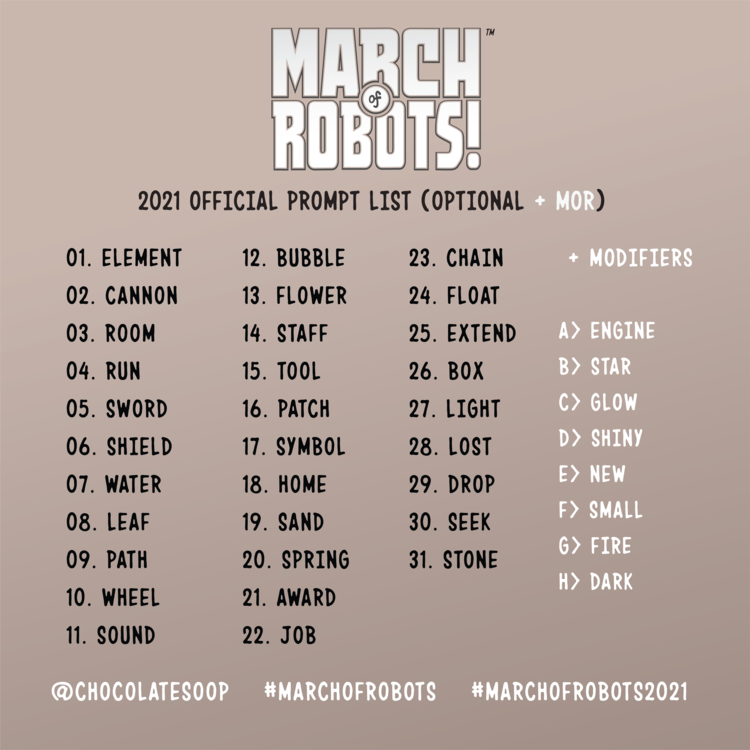 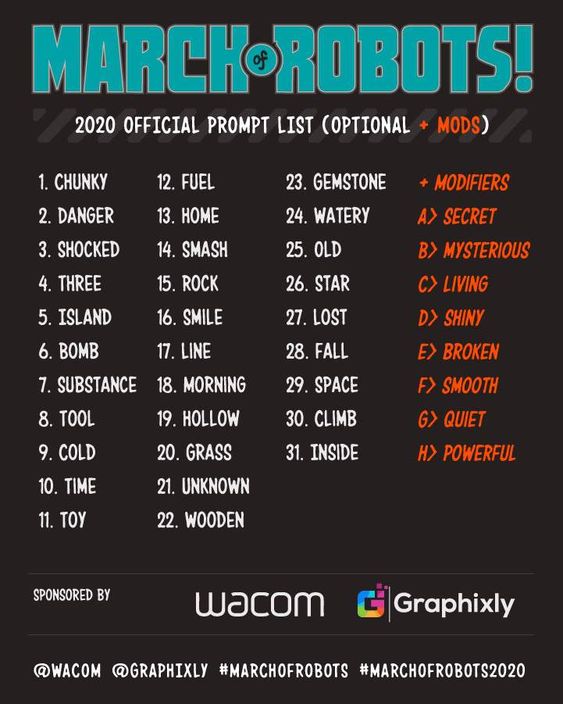 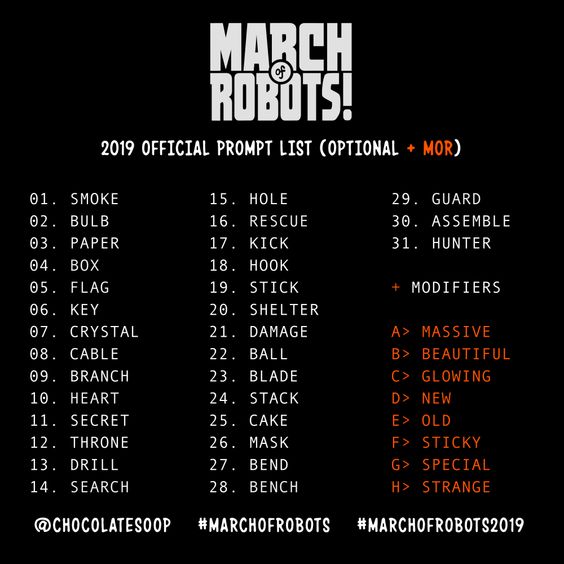 It’s worth mentioning that occasionally, there’s a chance to win a prize by participating in March of Robots!

Last year (2021), DaCosta Bayley, together with Xencelabs, gave away a few graphic tablets to the participants: 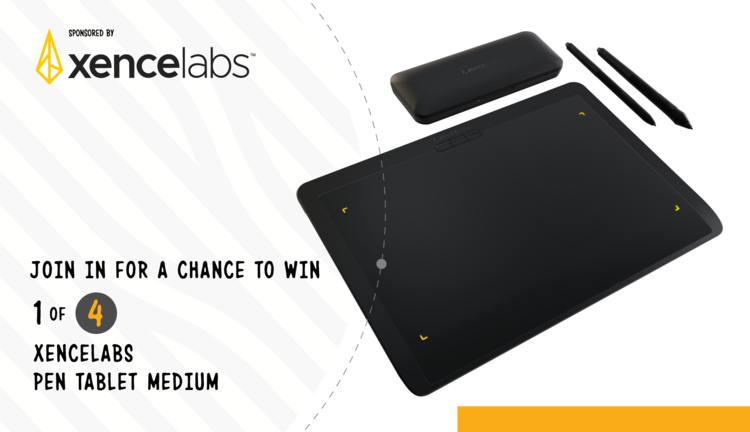 All you had to do is submit 1 new drawing on Instagram for that week’s draw, follow @chocolatesoop and @xencelabs and use hashtags: #marchofrobots2021 #createwithxencelabs.

There’s a lot of amazing MARCH OF ROBOTS artworks out there. It was pretty hard to pick just a few of them for inspiration because while looking at them I “got lost in the internet” – and just ended up scrolling through the Artstation for an hour, leaving “like” for almost every #marchofrobots artwork I saw.

Some of the concepts aren’t just well-drawn/rendered; they actually have well-thought-out designs. I hope these works that you can see below will inspire you to join this art challenge. Check out also the Artstation for more awesome art. 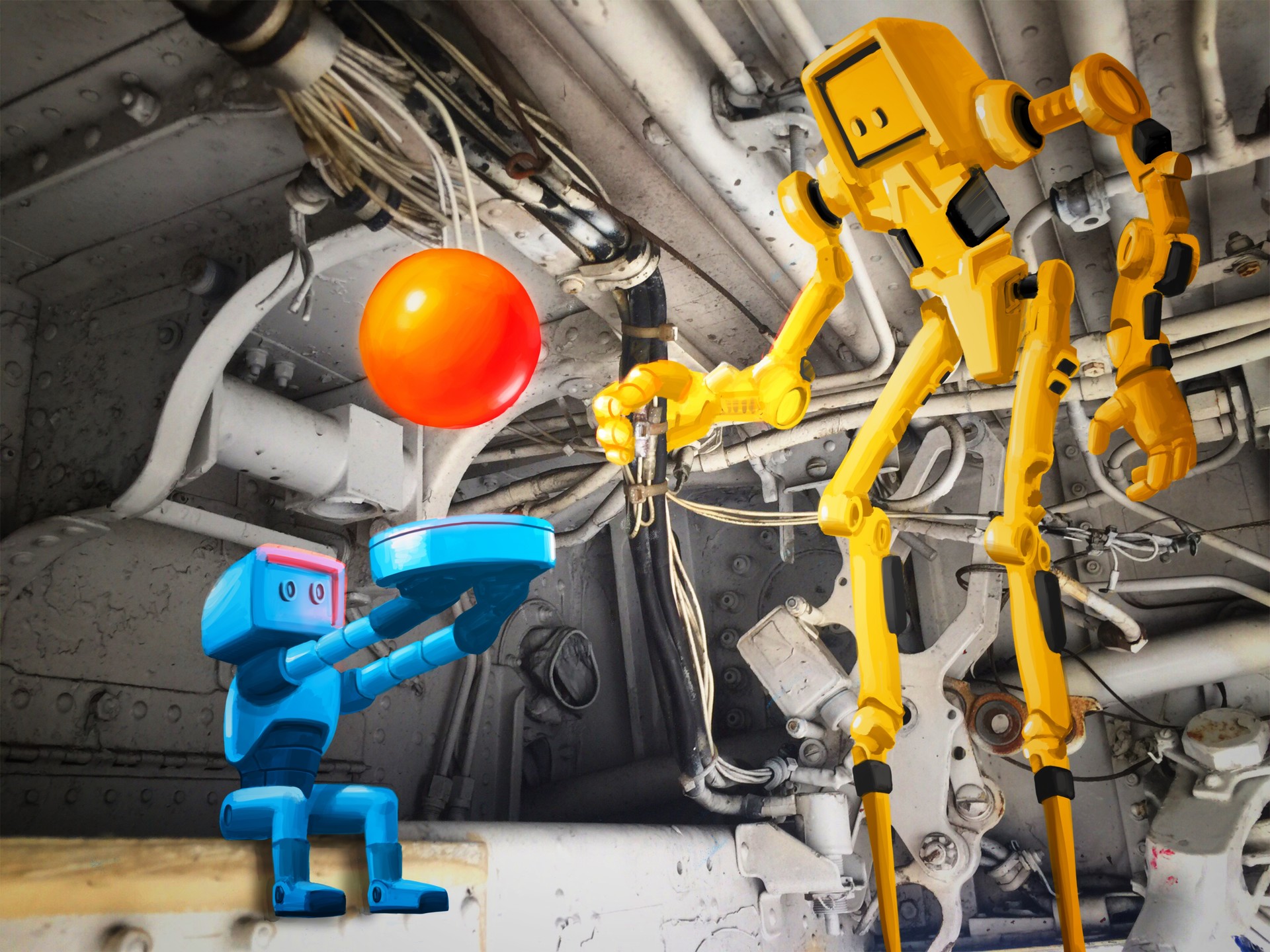 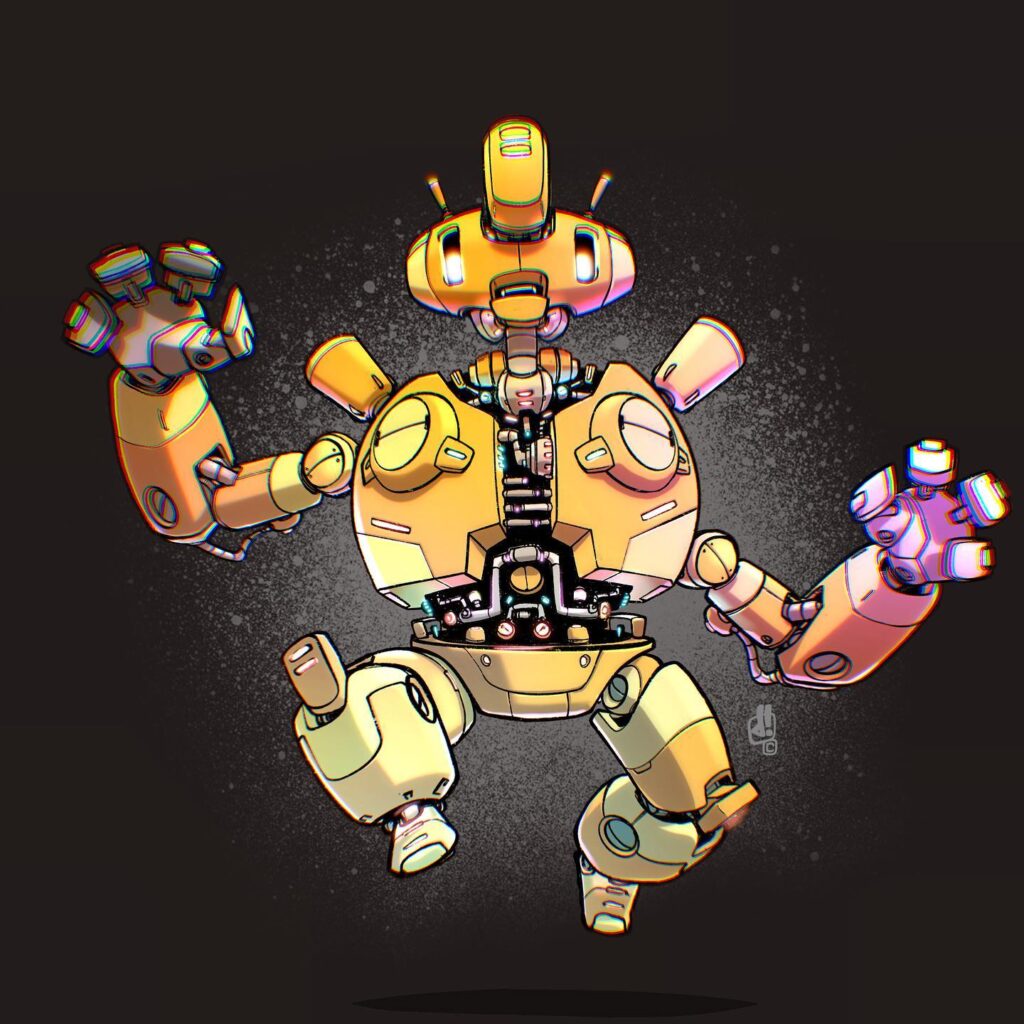 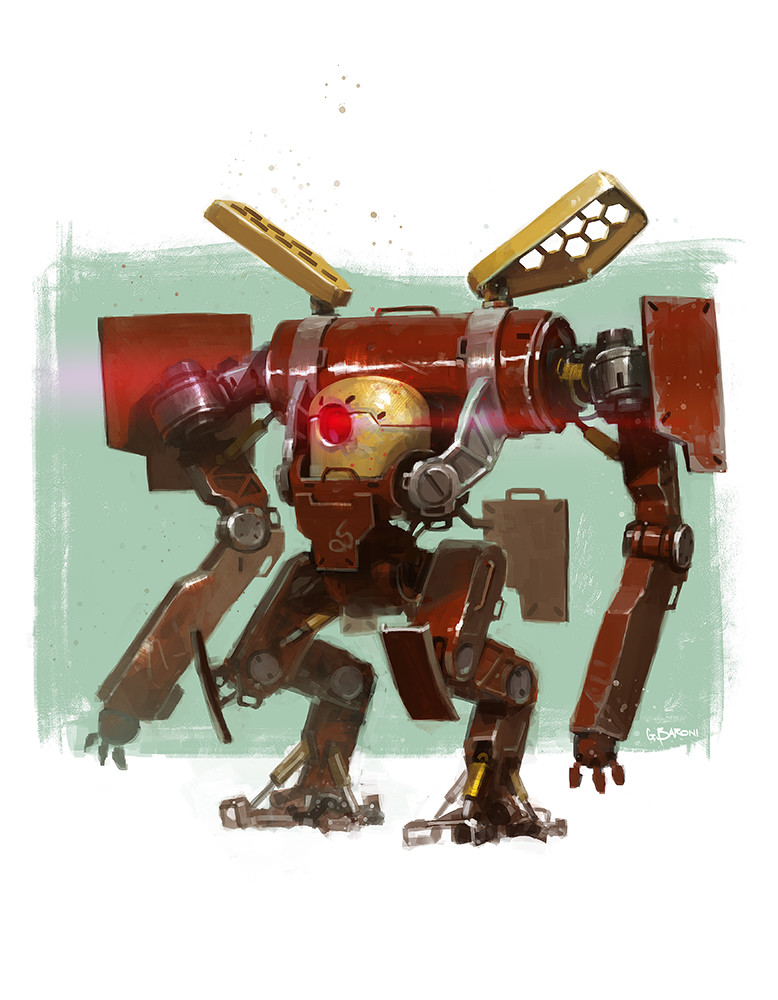 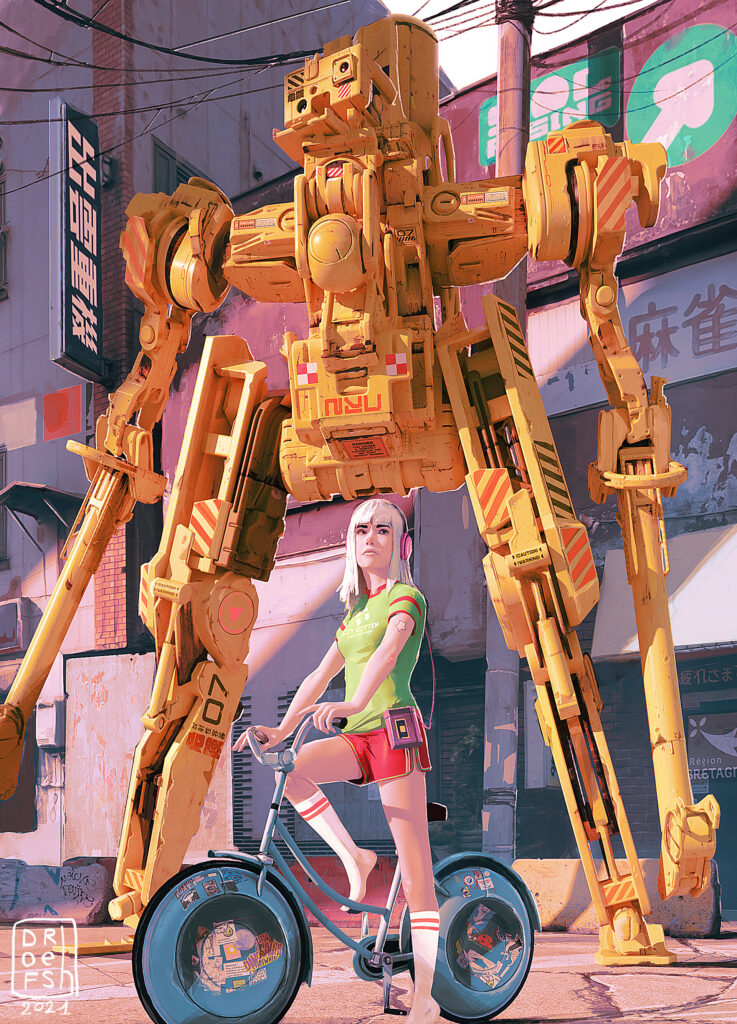