Let me introduce you to the Sailor Moon Redraw challenge, explain what it is, the rules, and tell a few interesting things you might not know!

If you are constantly seeing on social media a bunch of Sailor Moon fanarts: in the same pose, face close-up – you are probably curious about what is going on.

In this article, I will try to provide as many pieces of information as I can, explaining what Sailor Moon challenge is, how it was created, and what rules there are + some of the amazing artworks created for this challenge!

What is Sailor Moon Redraw challenge?

Sailor Moon Redraw Challenge is an art challenge, where artists from all around the world redraw Sailor Moon – Usagi, in their own art style.
There are no restrictions regarding tools, you can use both: traditional or digital media.

This challenge goes beyond the borders – you don’t actually have to draw to participate in this challenge. You can use 3d software and sculpt a 3d model, create a sculpture from wood, or even do a cosplay! 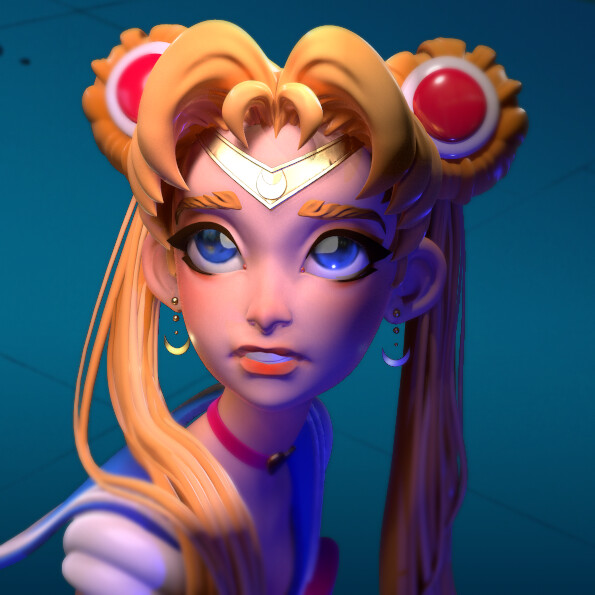 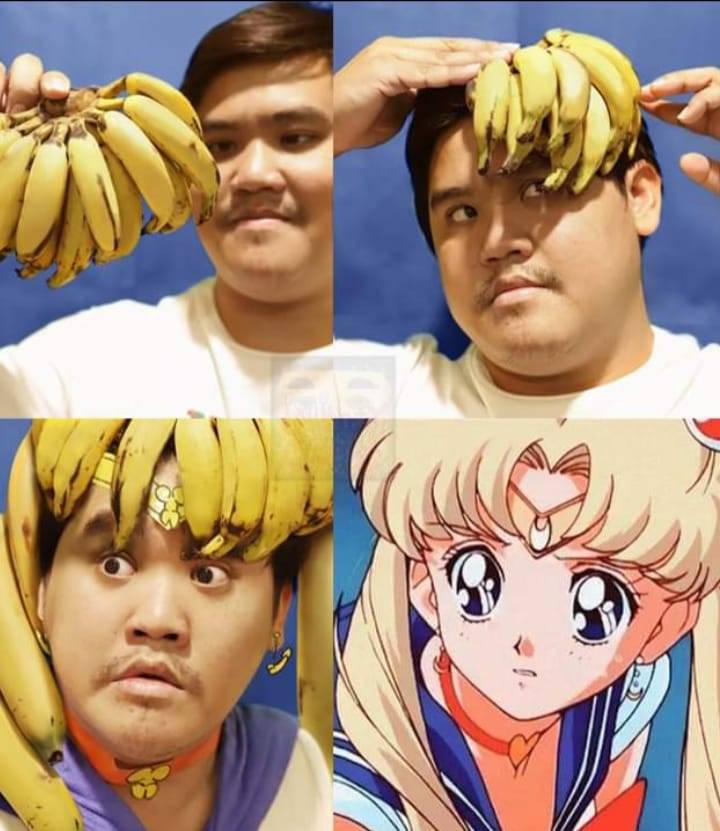 Combinations
Many artists combine their Sailor Moon fanart with another anime/cartoon/game and draw a different character instead of Usagi – in the same pose and Sailor Moon’s costume.
A good example is “The League of Legends”. Someone a few years ago created a Chroma Pack for the Star Guardian Lux Skin, Sailor Moon Theme. It was just a matter of time for someone to draw League of Legends Champions as the Sailoor Moon in this Redraw challenge.

*Is Sailor Moon Redraw and Draw This In Your Style the same challenge?

I saw many Sailor Moon fanarts with DTIYS hashtags and at the beginning, I was confused since I knew DTIYS earlier, and wasn’ sure why everyone suddenly started to redraw Usagi. So if anyone is curious what’s the difference, below I will try to explain it.

We can see often included #DTIYS or #drawthisinyourstylechallenge hashtags – it’s a different challenge, but #sailormoonredraw “meets dtiys rules”.
DTIYS challenge is about drawing other people’s artwork in your style, #SailorMoonRedraw is specifically about redrawing this certain scene from Sailor Moon anime.

#SailorMoonRedraw comes from a Korean challenge called #원작장면_내_그림체로_그리기 (which has its English equivalent: #screencapredraw). I don’t know when #원작장면_내_그림체로_그리기 was created and what are its origins, but you can learn more about it in the section below.

Who started the Sailor Moon redraw?

One of the first Sailor Moon Redraw drawings was posted by an artist known on Twitter as “@O_NL44” (check out his Twitter page). Originally it was posted with a hashtag #원작장면_내_그림체로_그리기 [Korean art challenge, direct translation: “Original scene_my_drawing” (from Google Translate)]

What is #원작장면_내_그림체로_그리기 ? – this art challenge has its English equivalent named Screencap Redraw.

By looking at artworks under this hashtag we can see that this challenge is also very similar to the Draw This in your Style Challenge (#DTIYS) Artists take a scene screenshot from anime/cartoon and draw the scene in their own style. I don’t know if there’s a connection between these challenges – if #DTIYS or #ScreencapRedraw was inspired by #원작장면_내_그림체로_그리기 or vice versa, but we can see where Sailor Moon Redraw Challenge have its origins, and its definitely this Korean challenge.

Here you can see the original post of Sailor Moon: 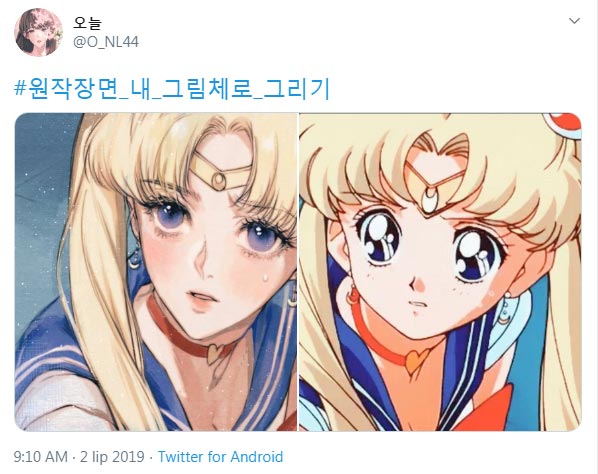 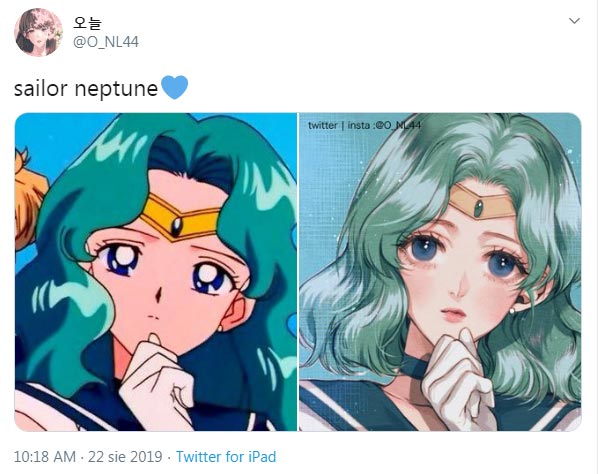 It was posted a month later, however, this post hasn’t received even half attention as the post with Sailor Moon. Usagi, being the main character of anime is clearly the most recognized and liked character of all Sailor Warriors. 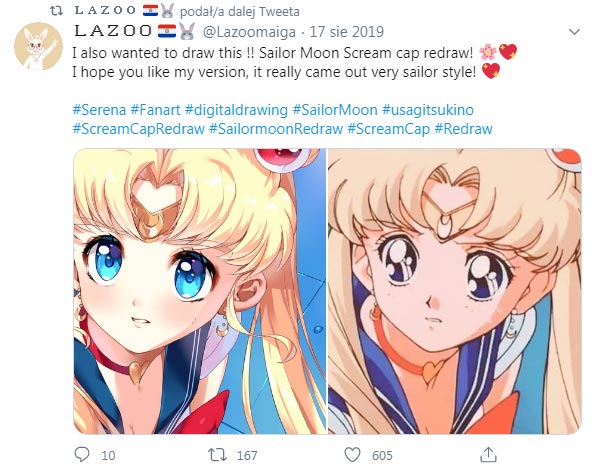 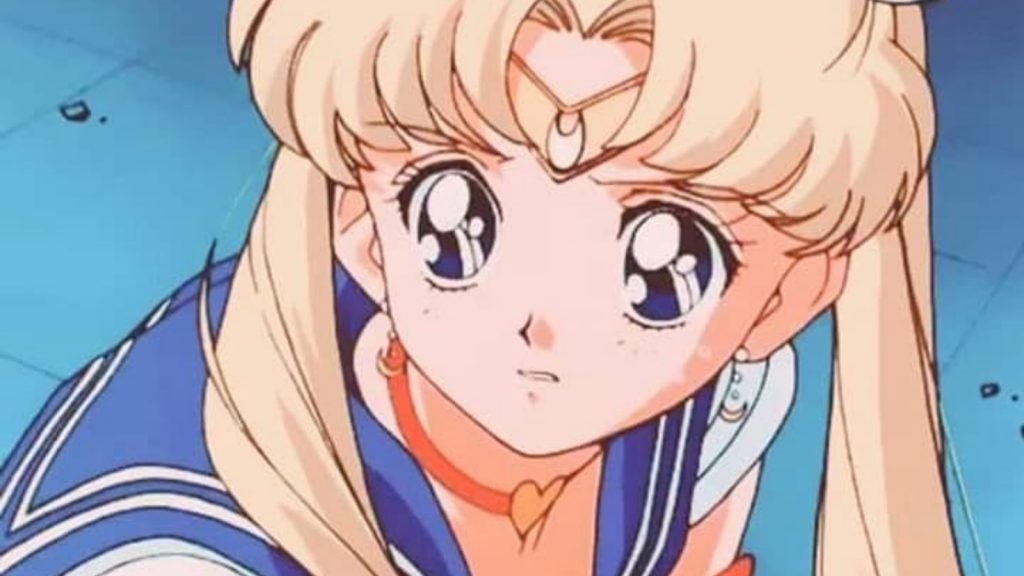 Many people wonder where this scene comes from.
The scene is from episode 36 “A Bright Shooting Star! Saturn, and the Messiah” of the anime series Sailor Moon S. You can see the episode online here – 04:07 minute.

Some people are claiming that in the artworks, created for the Sailor Moon Redraw, Usagi is too white.
Unfortunately, there’s a group of people who want the imagined characters to appear “racially appropriate”, and accuse various artists of whitewashing Sailor Moon or other characters.

Something similar happened to Sakimi-chan, and Najuco, (a Japanese artist) who drew Nessa from the Pokemon franchise – the dark-skinned water pokemon trainer. In some people’s opinion – in Najuco’s and Sakimi-chan artworks, Nessa’s skin looked too white, and therefore Najuco got accused of whitewashing the character.

You can learn more about this controversy by watching Hero Hei’s video:

Let’s throw this controversy aside and enjoy the amazing artworks created by various artists. I love seeing one of my childhood heroes drew in different styles, I also had a good laugh looking at some of them 🙂

I hope you will enjoy them too. I link images to the direct source, so if you like any of the images, you can go to the artist’s page and like their artwork / follow them to see their other creations. You can also visit  Instagram and Twitter to see more artworks related to this challenge: 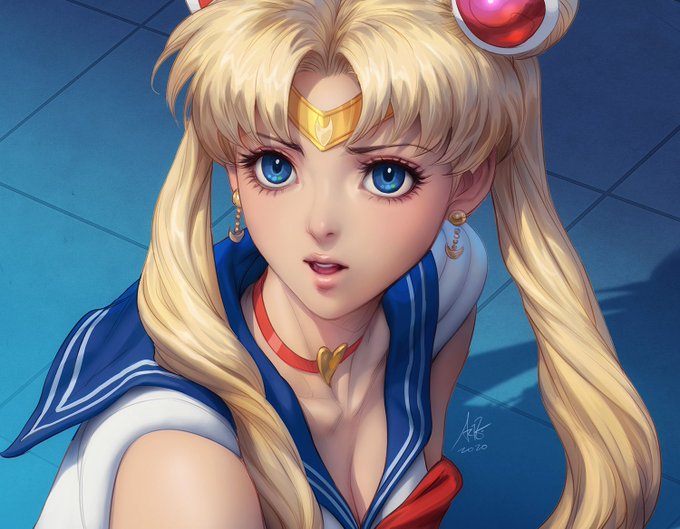 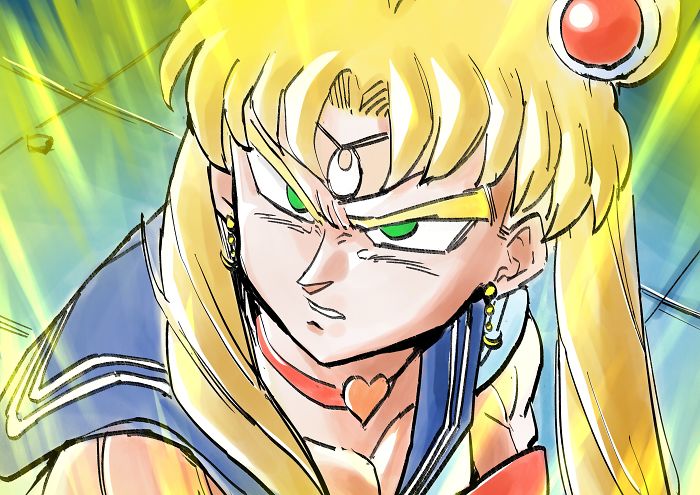 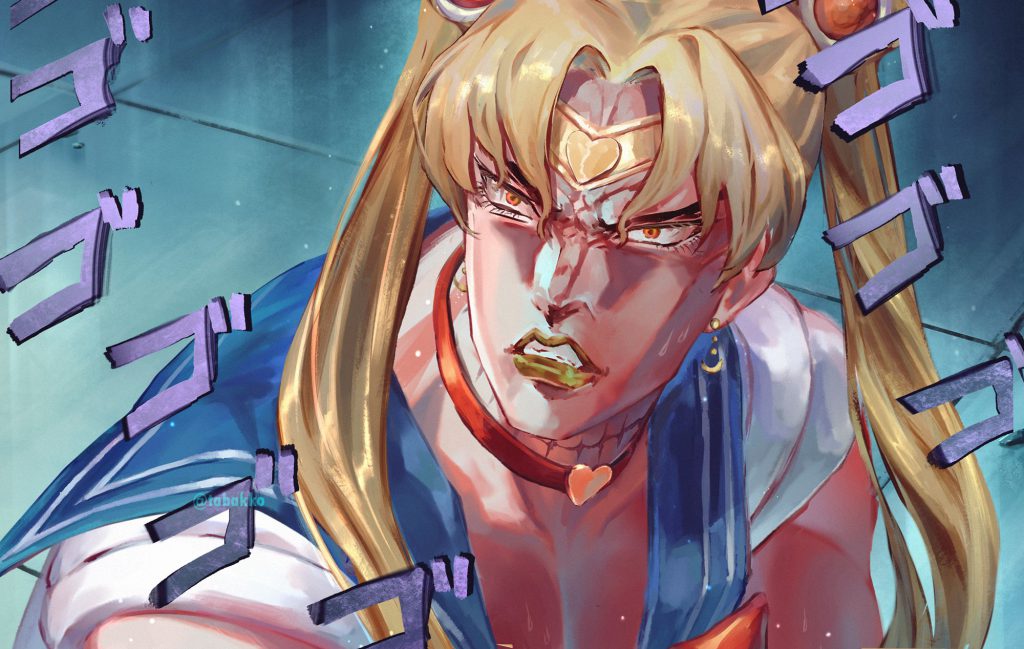 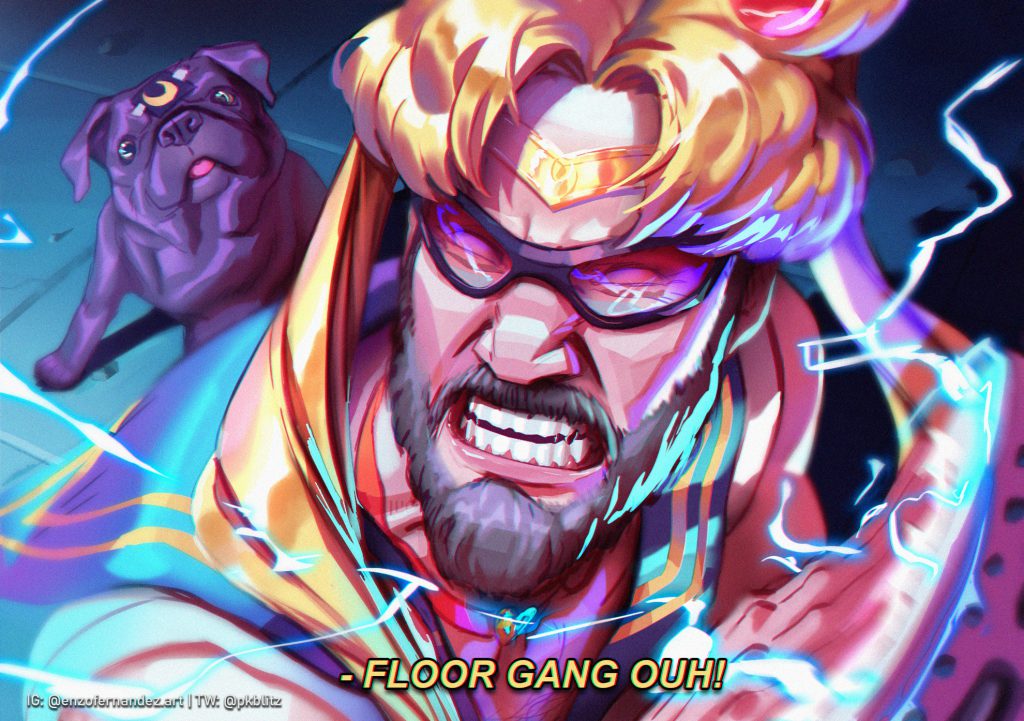 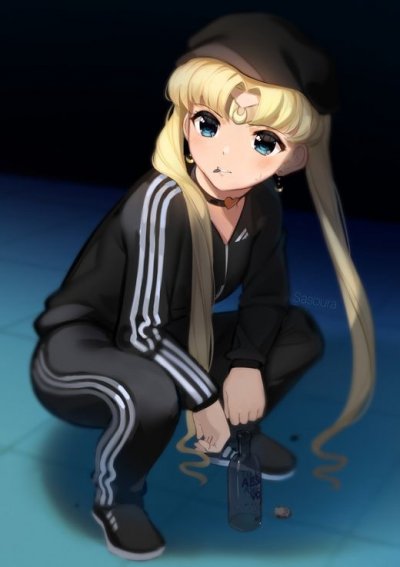 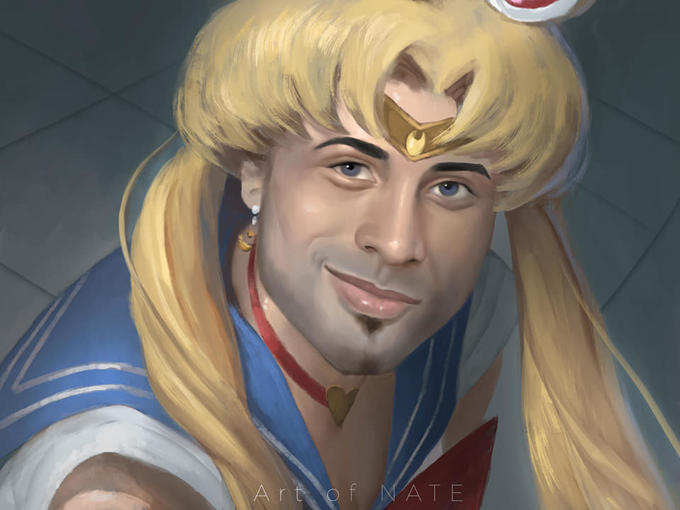 Ricardo Milos as Sailor Moon – by Art of Nate 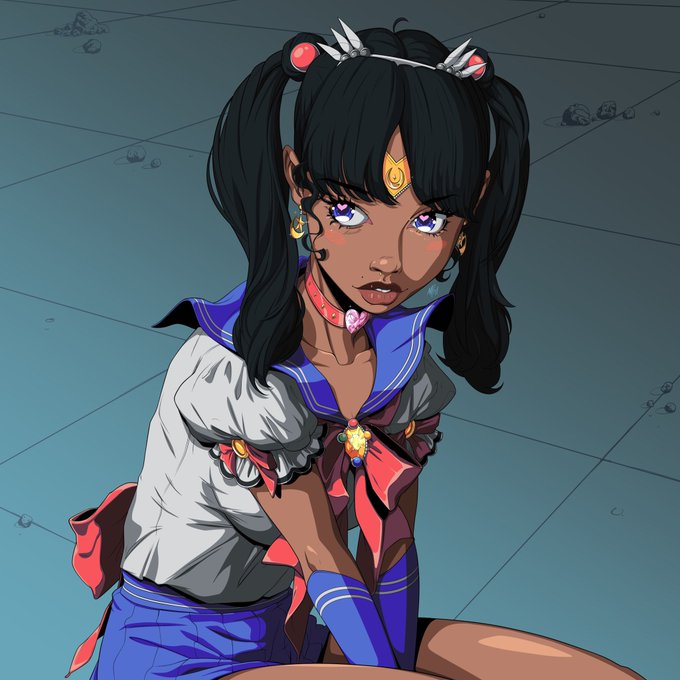 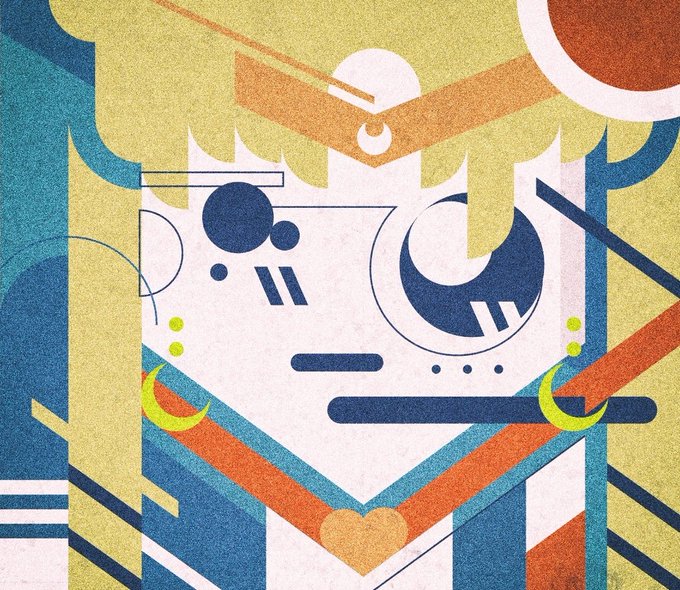